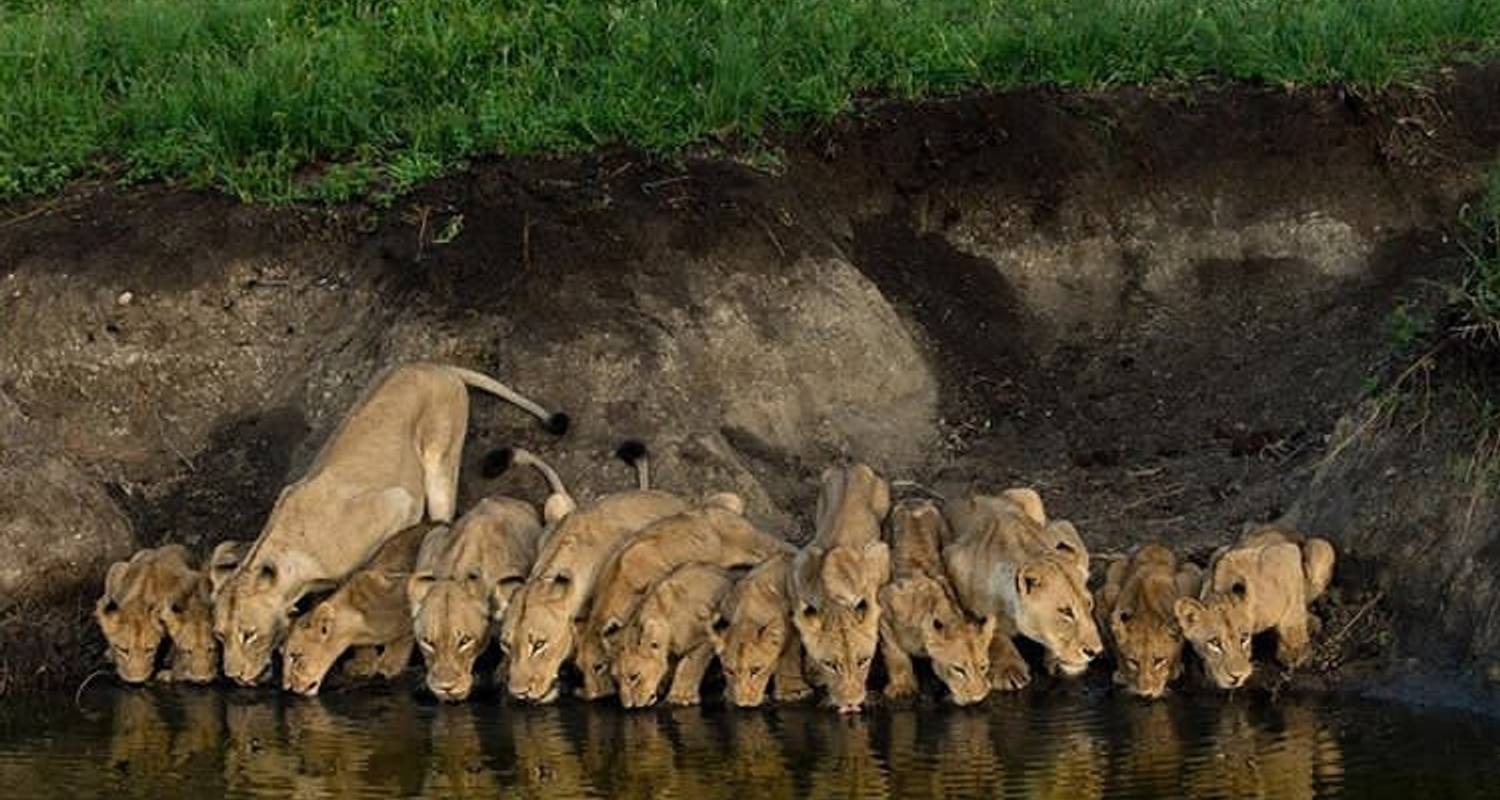 This beautiful Park has often been called a “little germ” and rightly so. It is only ½ an hour by tarmac road from Arusha town, the safari center of Northern Tanzania. With mountains, valleys, lakes, and small plains clothed in green, it has a wonderful feeling of peace and solitude. It is dominated by Mount Meru, which at 4,566 m (14,980 ft) is the 5rd highest free standing mountain in Africa.

Arusha National Park covers Mount Meru, a prominent volcano with an elevation of 4566 m, in the Arusha Region of north eastern Tanzania. The park is small but varied with spectacular landscapes in three distinct areas. In the west, the Meru Crater funnels the Jekukumia River; the peak of Mount Meru lies on its rim. Ngurdoto Crater in the south-east is grassland. The shallow alkaline Momella Lakes in the north-east have varying algal colours and are known for their wading birds.

Mount Meru is the second highest peak in Tanzania after Mount Kilimanjaro, which is just 60 km away and forms a backdrop to views from the park to the east. Arusha National Park lies on a 300-kilometre axis of Africa’s most famous national parks, running from Serengeti and Ngorongoro Crater in the west to Kilimanjaro National Park in the east.

The park is just a few kilometres north east of Arusha, though the main gate is 25 km east of the city. It is also 58 km from Moshi and 35 km from Kilimanjaro International Airport (KIA).

Tourists visit the park throughout the year. However the best time is between June to September and from December to early March. The short rainy period is from October to November and the heavy rain season is from March to May. The park is located at an altitude between 1,700 and 4566 meters.

The Park can be accessed by road or air.

By Road: From Arusha town to Ngongongare gate, it is about 32 km.

By Air: It is about 40 km from Kilimanjaro International Airport.

Arusha National Park is a home for these acrobatic Black and White Colobus Monkey. These species contributes into visitors experience during the Park visit because you can easily spot them. Other animals includes Buffalos, Warthogs and also Giraffes.

The famous Momela lakes provide home and important feeding ground for both Lesser and greater flamingos. It one of the important site to visit for bird watchers

A striking feature of the Fig Tree Arch (Ficus thoningii) with its roots reaching the ground while leaving behind an arch enough for a car to drive through.