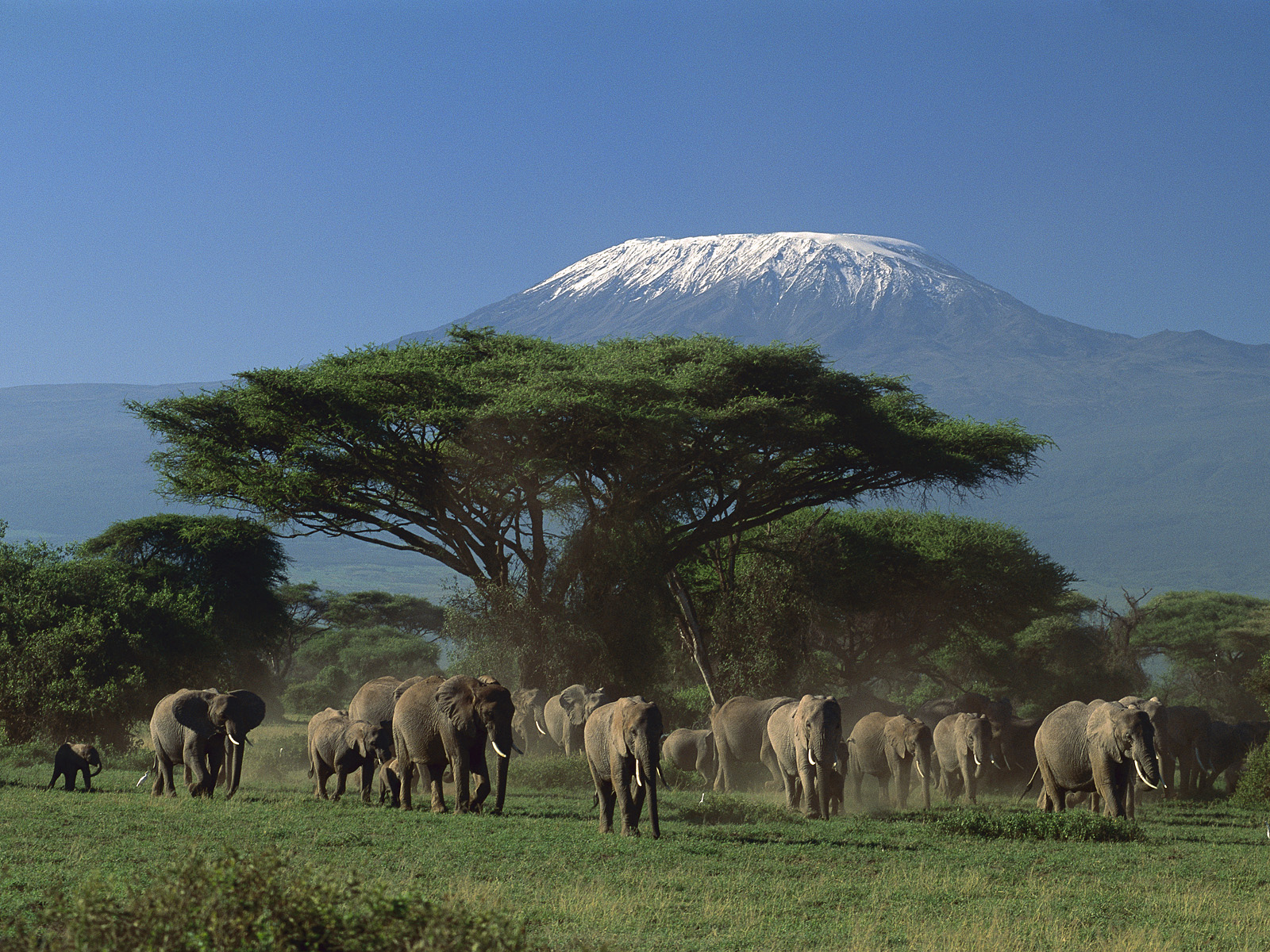 Arusha National Park is a gem of varied ecosystems and spectacular views of ountain Meru, the crater which gives the region its name. Additionally, it’s a popular destination for day trip tourists who are on the way from Arusha, pursuing longer northern circuit safaris. This small national park consists of the slopes, summit and ash cone of Mt. Meru, the Momela Lakes, Ngurdoto Crater and the lush highland forests that blanket its lower slopes.

Arusha National Park is located in Northern part of Tanzania, northeast of Arusha town. The national park covers an area of 552 sq-km (212 sq-miles) and is among the smallest but gifted parks.

Climbing Mt. Meru or rather enjoying the smaller trails that criss-cross its lower slopes is a popular activity for tourists who visit Arusha National Park. The three-day trek to reach the crater’s summit is a quieter and somewhat more challenging alternative as compared to the famous peak of the nearby Mount Kilimanjaro.

Along the lower slopes, the paths to rivers and waterfalls create a relaxing day hike for tourists who don’t want the strenuous climbing option.

During the hikes, you should also expect to see the ancient fig tree forests, the crystal clear waters flowing from mountain streams as well as some colobus monkeys. 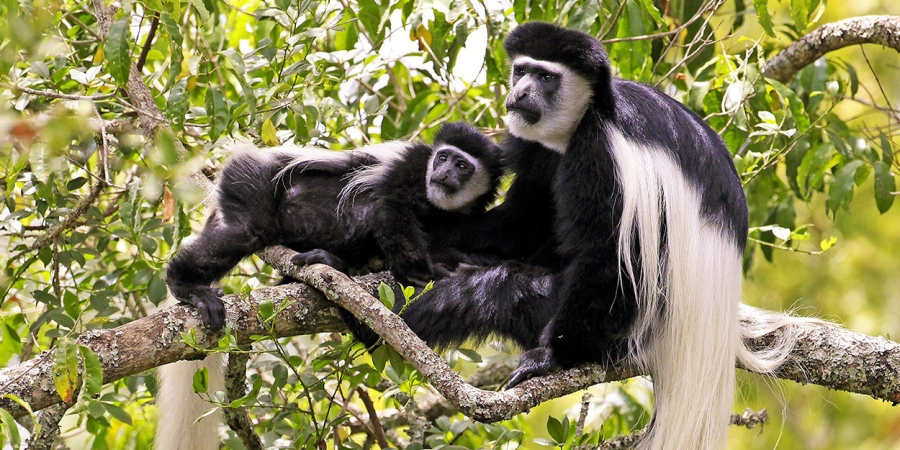 On entering the park through the entrance gate, you will be led into the shadowy montane forest which is a home to the unique blue monkeys and colorful turacos. Also, this park is the only place on the northern safari circuit where you can easily see the black-and-white colobus monkeys.

Additionally, in the middle of the forest, lies the spectacular Ngurdoto Crater. The crater steep rocky cliffs enclose a wide marshy floor dotted with herds of buffaloes and warthogs.

When you move further north, you will be able to view the rolling grassy hills that enclose the tranquil beauty of the Momela Lakes. Sometimes, thousands of flamingos flood the lakes and guests can see them in abundance.

In addition, the lakes support a rich selection of resident and migrant waterfowls and shaggy waterbucks that display their large lyre-shaped horns on the watery fringes. You may also see giraffes gliding across the grassy hills, between grazing zebra herds, whilst pairs of wide-eyed dik-diks dart into scrubby bushes.

Elephants are uncommon in the park and lions are absent. However, leopards and spotted hyenas may be seen moving around early in the morning and late in the afternoon.

The breathtaking view of Mountain Kilimanjaro

It is at dusk and dawn that the veil of cloud on the Eastern horizon is most likely to clear, revealing the majestic snow-capped peaks of Kilimanjaro, which is only 50km away.

Walking through wooded savannah where buffaloes and giraffes are frequently seen, the ascent of Mt. Meru leads into forests that are filled with red-hot pokers and dripping with Spanish moss. As you move along, you will see the highly open heath spiked with giant lobelias. Abundant beautiful flowers cling to the alpine desert, as delicately-hoofed klipspringers mark the progress of your hike. During the hike, you can also get a chance to view the mighty Mountain Kilimanjaro.

It is also important to note that when you get a mountain climbing permit, it expires after only 12 hours. This means that you have to be mindful of time during your safari. 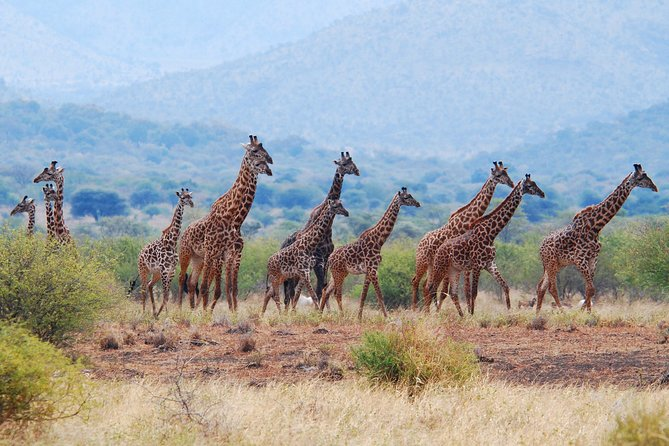 Game viewing around the Momela Lakes is at a laid-back and quiet pace. While passing through the forest, many tourists stop to search for troupes of rare colobus monkeys that are usually playing in the canopy.

The Park is a 40-minutes drive from Arusha. It is approximately 60 km (35 miles) from Kilimanjaro International Airport. 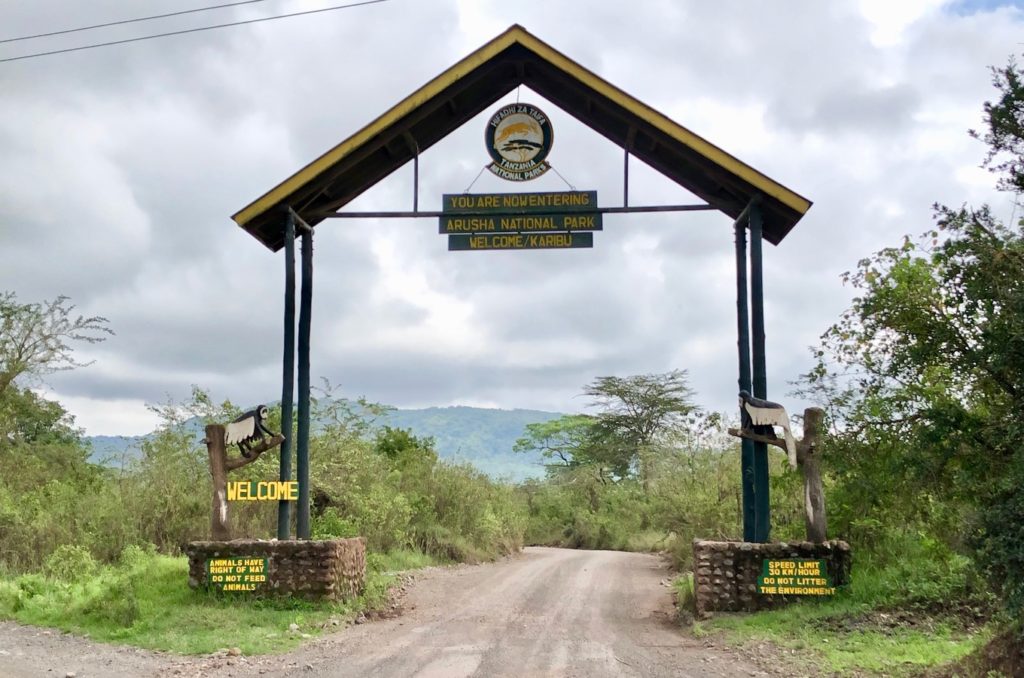 If you are interested in visiting Arusha National park, kindly contact Pamoja Tours and Travel. There is nothing as fulfilling as having your dream safari complete beyond your expectations. Book with us.