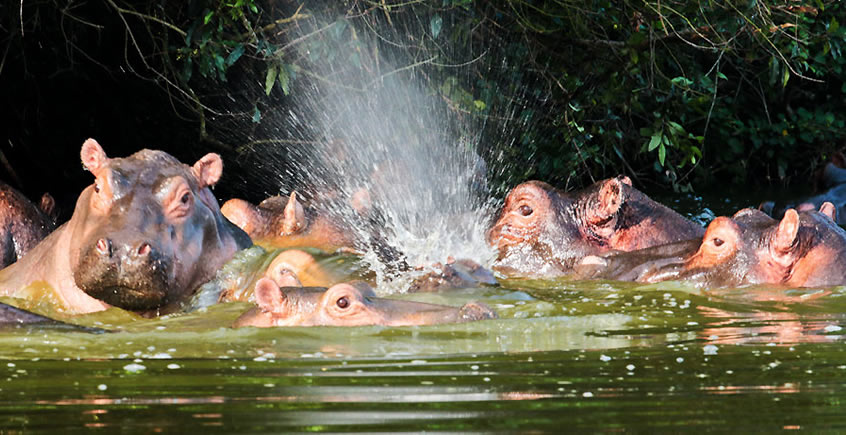 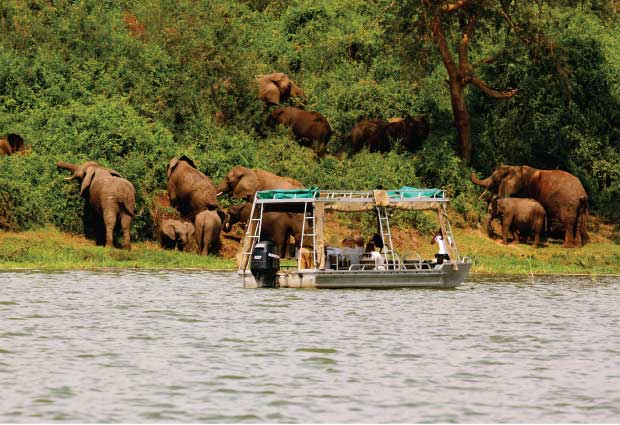 Set in southwestern Uganda, 230 km from Kampala, Lake Mburo National Park is conveniently located en route to the popular southwestern safari circuit, providing an excellent buffer for the long 10-hour journey to the mountain gorillas in the extreme southwestern corner. Safari itineraries prefer stopping at Mburo for a night, taking a game drive, and boat cruise before embarking on the long journey down south.

The small park also presents impressive game-viewing experiences compared to its size and obscurity. It is the only place in Uganda to watch the beautiful impalas and one of the three places in Uganda where Bachelle’s Zebra occurs. 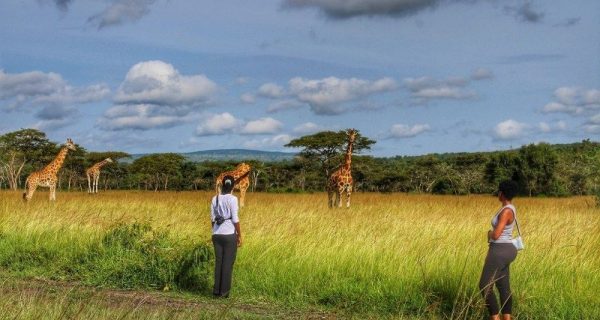 The absence of wildlife heavyweights in Lake Mburo National Park, like elephants and lions, makes Mburo the only safari park in Uganda that allows watching wildlife on foot and horseback. This thrilling adventure gets your adrenaline pumping in the center of the wild savannah players.

Lake Mburo National Park is surrounded by a cluster of lakes connected by swamps, but Lake Mburo is the largest of the five lakes found within the park boundaries, from which the park derives its name. A boat cruise on Lake Mburo will bring you close to the park’s big and small players when they come to the shores for a regular drink.

Uganda Wildlife Authority Operates a regular two-hour boat cruise on the western side of the lake, leaving several times a day starting from 08:00 (subject to demand.) The boat voyage also sets off every two hours from the Rwonyo jetty. It takes a tranquil exploration ride along the western banks of Lake Mburo.

Prominent sightings on the boat cruise include the Nile crocodiles, African buffalo, and the nonchalant hippo pods. Far from the shores away from the reptile predators, guests may spot antelope species like the Bohor reedbuck, duiker, klipspringer, oribi, and topi. 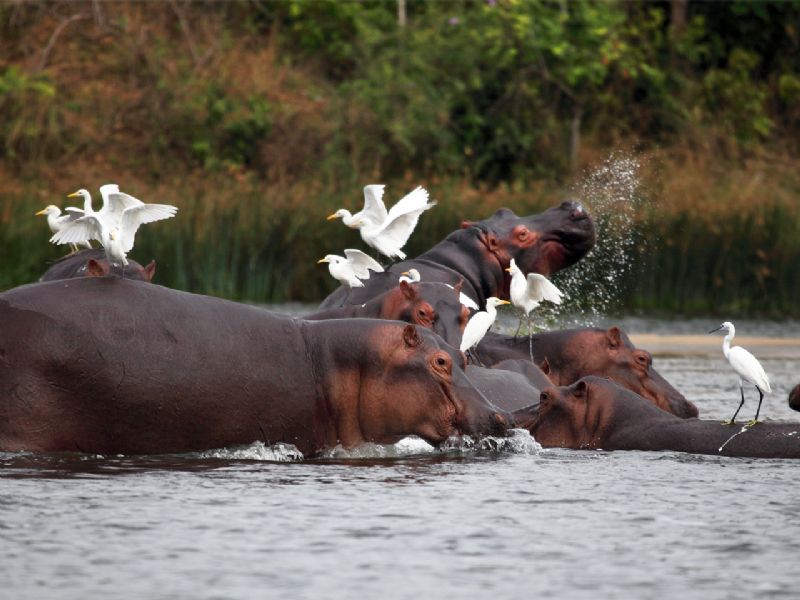 Birders will not be disappointed ticking off famous waterbird sightings like the African fish eagle, jacana, kingfisher, cormorant, pelican, and herons. Other common sightings include Narina trogon, Ross’s turaco, African green-pigeon, the bare-faced go-away-bird, and the very rare shoebill stork dwelling in the swampy areas. The boat cruise extends into the accessible papyrus areas where you’ll spot the resident, papyrus gonolek, and the blue-headed coucal.

A small boat of 8 people capacity costs $20 per person for foreigners and 30 UGX for nationals. This is for the two-hour boat cruise on Lake Mburo. A bigger boat may charge a minimum of $30 per person. Your tour manager can also organize for you a private boat cruise. This is if you want to avoid the crowd and enjoy the tranquility of Mburo by yourself.

After The Boat Cruise

After the boat cruise on Lake Mburo, one can take the guided walking safari to view the park’s animals on foot. Some of the exciting walking trails include the lake’s shoreline. Also, salt lick trail, Rubanga Forest, and the trail to the hill-top viewpoint. Common animal sightings on any of these trails include the buffalo, many antelope species, bushpig, hyena, and warthog.

Escape the confines of the safari truck and ride the horse back onto the vast Lake Mburo National Park’s savannah plains. Escorted by an expert horse rider guide, horseback safaris silently get close to the animals. Also, they would otherwise have hopped off because of the car engine noise. Mango Lodge, located in the east of the park, provides a horseback safari. This goes for about $130 per person for a three-hour ride.

If you want to burn off some energy, Rwakobo Rock provides mountain bikes for a small fee. Take a guided ride through savannah park. Continue to the borders and into the park’s surrounding communities to explore the local culture.

Ultimately, the top activity in Lake Mburo is the wildlife viewing game drives. In the comfort of your car, you can explore the network of game drive tracks around the park. You have a great chance of spotting the impala, zebra, waterbuck, topi, buffalo. Also and the recently introduced Rothchild’s giraffe, on any game drive in Mburo. 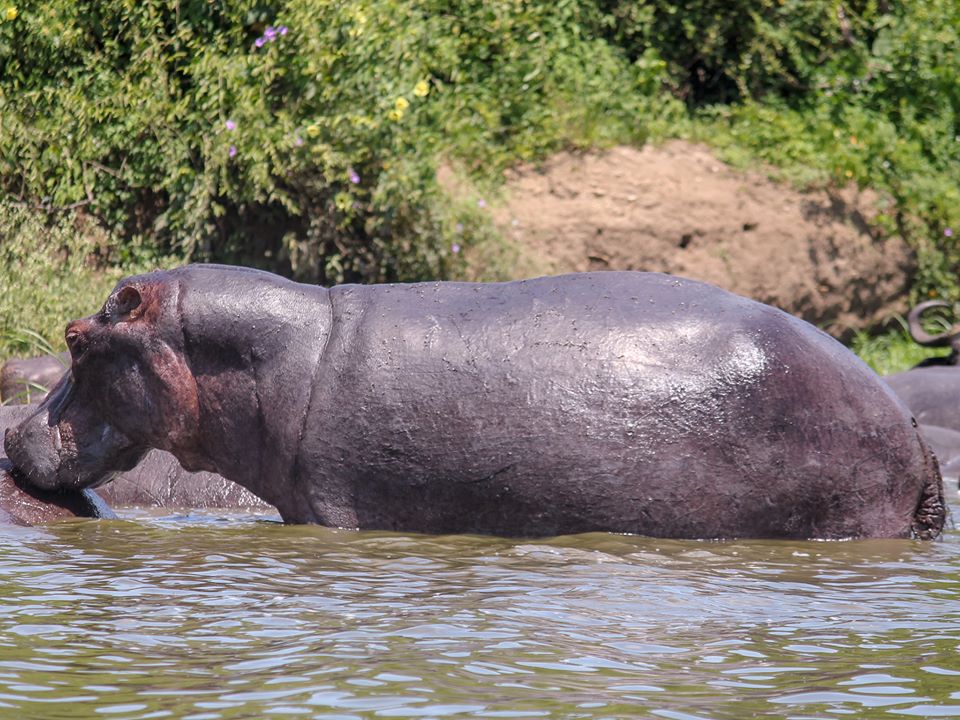 Lake Mburo National Park has the highest concentration of leopards in the country. But also spotting these shy cats is challenging. However, the park offers night game drives where guests can easily find the leopard at its best action time. Other nocturnal animals you might see on a night game drive include bushbabies and potto.