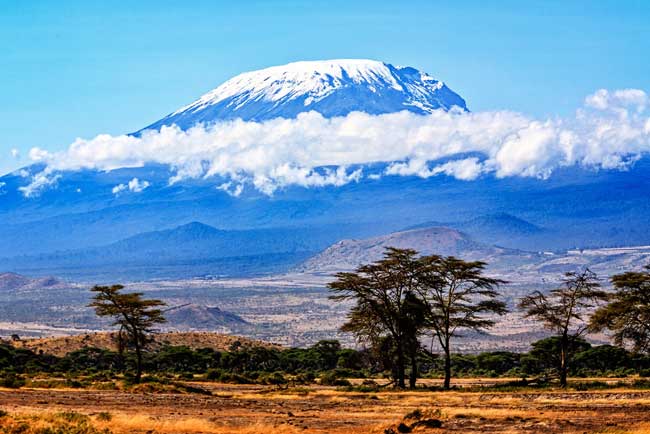 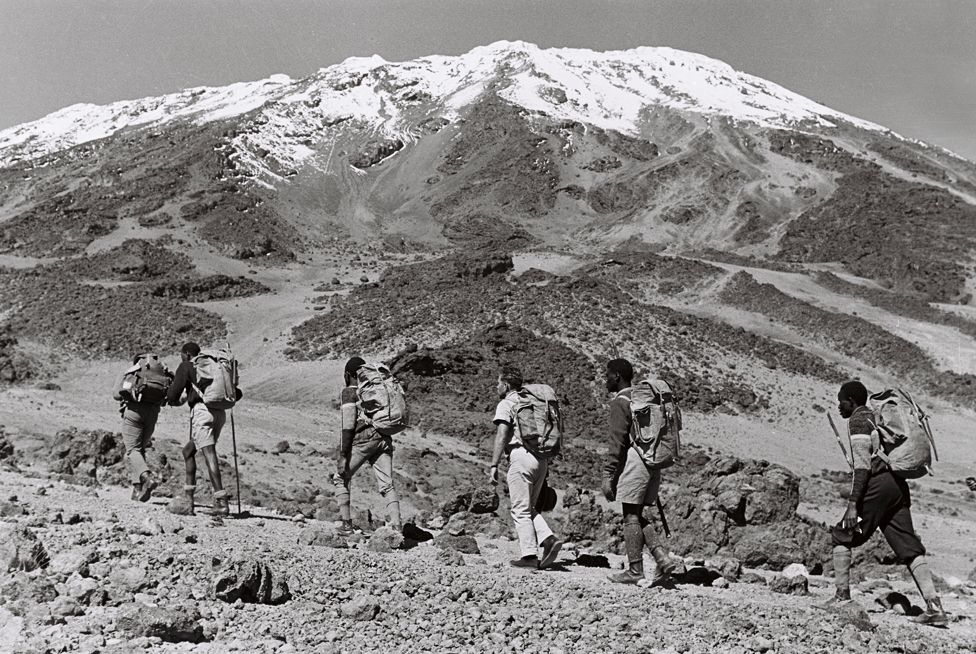 Kilimanjaro’s History, thanks to several primitive stone bowls found on the lower slopes of Kilimanjaro. It is evedent that man has lived on or around the mountain since at least 1000BC.

Over the last 500 years, the mountain has at various times acted as a navigational aid for traders. Traders that travel between the interior and the coast.

It’s also a potent symbol of independence for those who wished to rid themselves off these colonial interlopers. Unfortunately, little is known about the history of the mountain during the intervening two thousand five hundred years.

One of the stone bowls found in the region of Kilimanjaro

Kilimanjaro’s first inhabitants were fashioning stone bowls out of the local terrain due to the presence of these stone. They also went in for hunting and gathering the local flora and fauna, Kilimanjaro being a fecund source of both.

Add to this its reputation as a reliable region both for fresh drinking water and materials – wood, stones, mud, vines etc – for building, and it seems reasonable to suppose that Kilimanjaro would have been a highly desirable location for primitive man, and would have played a central role in the lives of those who chose to take up residence on its slopes.

Unfortunately, those looking to piece together a comprehensive history of the first inhabitants of Kilimanjaro rather have their work cut out. There are no documents recording the life and times of the people who once lived on the mountain; not much in the way of any oral history that has been passed down through the generations; and, stone bowls apart, little in the way of archaeological evidence from which to draw any inferences.

So while we can assume many things about the lives of Kilimanjaro’s first inhabitants, we can be certain about nothing and if Kilimanjaro did have a part to play in the pre-colonial history of the region, that history, and the mountain’s significance within it, has, alas, now been lost to us. 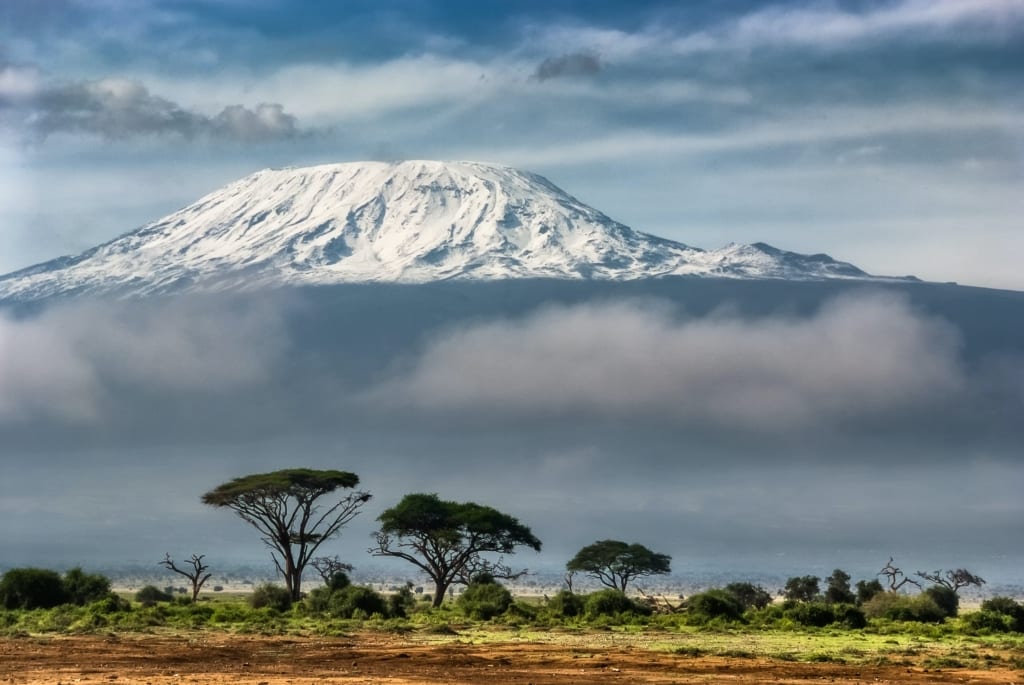 A QUICK LESSON IN GEOGRAPHY

Located in the north of Tanzania virtually straddling the country’s border with Kenya, Kilimanjaro is the remnants of three volcanoes, to the west Shira and Mawenzi on the east, sandwiching Kibo – the tallest of the three – in the centre. Geographically speaking, its peaks are believed to have been formed about three million years ago during the formation of the Great Rift Valley . Now, highlighted by the flat plains which surround it, Kilimanjaro is the tallest stand-alone peak in the world. Its summit, known as Uhuru Peak (Uhuru meaning freedom in Swahili) stands at 5,895m.

While some believe it to be the European pronunciation of a KiChagga phrase meaning ‘we failed to climb it’, the name Kilimanjaro is commonly accepted as a mix of the Swahili word Kilima, meaning mountain, and the KiChagga word Njaro, loosely translated as whiteness.

While eruptions over millions of years have reshaped its figure, volcanic activity has been on hold for over 200 years and its last major eruption is thought to have taken place around 360,000 years ago. Having said this, Kibo is still definitely dormant rather than extinct and sulphur can still be smelt as it’s emitted from fissure vents near the central ash pit.

Near the summit on the western slope sit the Northern Ice Field, which at one point, connecting to the Eastern and Southern Ice Fields formed a continuous glacial body atop Kilimanjaro. First examined in 1912, 11.4 square kilometres were glaciated, by 2011 the ice fields had separated and had reduced to a collective 1.76 kilometres, an 85% overall loss. This pattern of retreat is not anticipated to change and many have predicted all the ice on top of Mount Kilimanjaro to be gone by 2040 attributed to drier conditions and a warming climate. 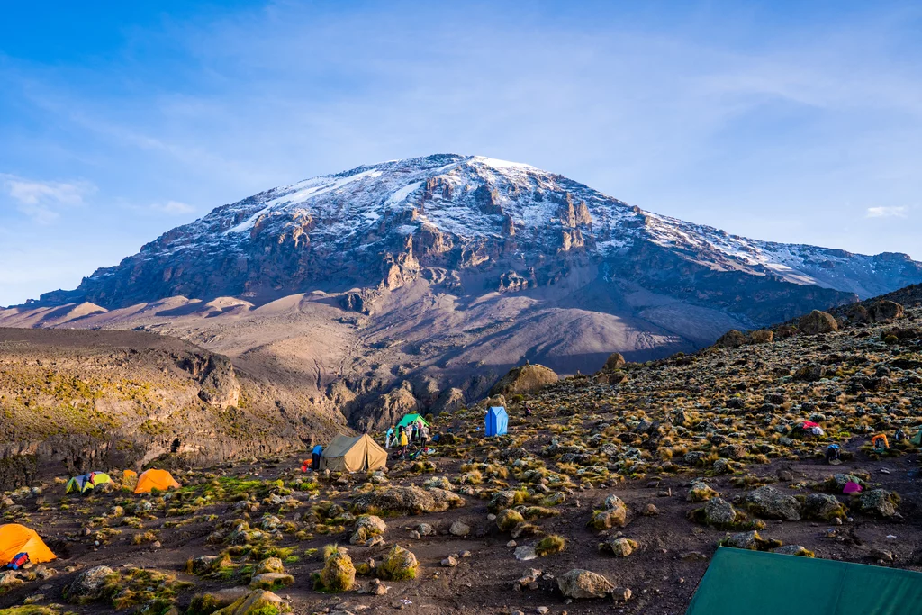 THE HUMANS OF KILIMANJARO

At the start of the eleventh century, indigenous communities from across Africa arrived in northern Tanzania as part of a succession of migrations. Descendants of various Bantu tribes populated the southern and eastern slopes of Mount Kilimanjaro, Mount Meru and the surroundings of the town of Moshi, establishing themselves as a new populace, The Chagga people.

Now accounting for the third largest ethnic group in the country, the Chagga have remained Bantu-speakers, though their language has a number of dialects related to Kamba – spoken in northeast Kenya – and to other languages spoken in the east, such as Dabida and Pokomo.

Thanks to their successful agricultural methods, including extensive irrigation systems, terracing and continuous organic fertilization methods, the Chagga have maintained relative wealth. While bananas are their staple, they cultivate various crops including yams, beans, and maize. Internationally, they are best in Arabica coffee and export it to American and European markets. 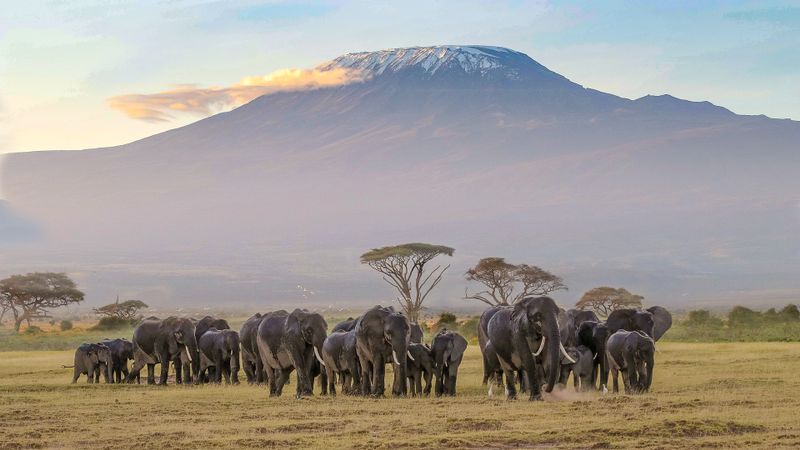 Over control of trade, as far back as the accounts go, Chagga chiefdoms were relentlessly at war with one another. Although various alliances and consolidations through were formed, unitary consolidation was not achieved until the German colonial government later enforced it. After an initial period of welcoming missionaries, travelers, and foreign representatives as they did traders; in the 1880s, when the Chagga gradually lost their autonomy, hostility grew. In 1886, Germany and Britain slip-up their East African provinces of influence and Kilimanjaro fell in hands of the Germans.

When strong resistance to German control became visible and worrying, Sudanese and Zulu troops were brought. This alliance alone crushed the Chagga in 1890s.

A handful of armed Germans successfully ruled a hundred thousand Chagga, giving cooperating chiefs more power than they could otherwise ever know and hanging those who resisted.

Eventually, warfare came to an end and churches were allocated religious control over different parts of Kilimanjaro and introduced schools and coffee-growing clinics. Thus, a Western religion, Western medicine, Western education, and a cash crop were all imposed on the Chagga.

Long distance trade became a European monopoly and coffee growing spread rapidly over the mountain as the colonial government passed from German hands into those of the British in 1916. Since 1961, Tanzania has been an independent nation but Arabica coffee remains a major cash crop on which it relies for foreign exchange.

The fact it sits so high as a solitary mountain, suggests to local people it’s the product of supernatural activity. As a result, Chagga mythology has various explanations for the formation of Kilimanjaro.

One legend tells how a man named Tone provoked a god, Ruwa, to bring famine upon the land. When local people became angry, forcing him to flee, nobody would protect him. But only a solitary dweller who had the ability to turn stones into cattle. Though the dweller warned Tone never open the stable of the cattle he did not listen and the cattle escaped. With Tone in pursuit of the fleeing cattle, they produced hills to aid their escape, including Mawenzi and Kibo. Out of exhaustion, Tone finally collapsed on Kibo. 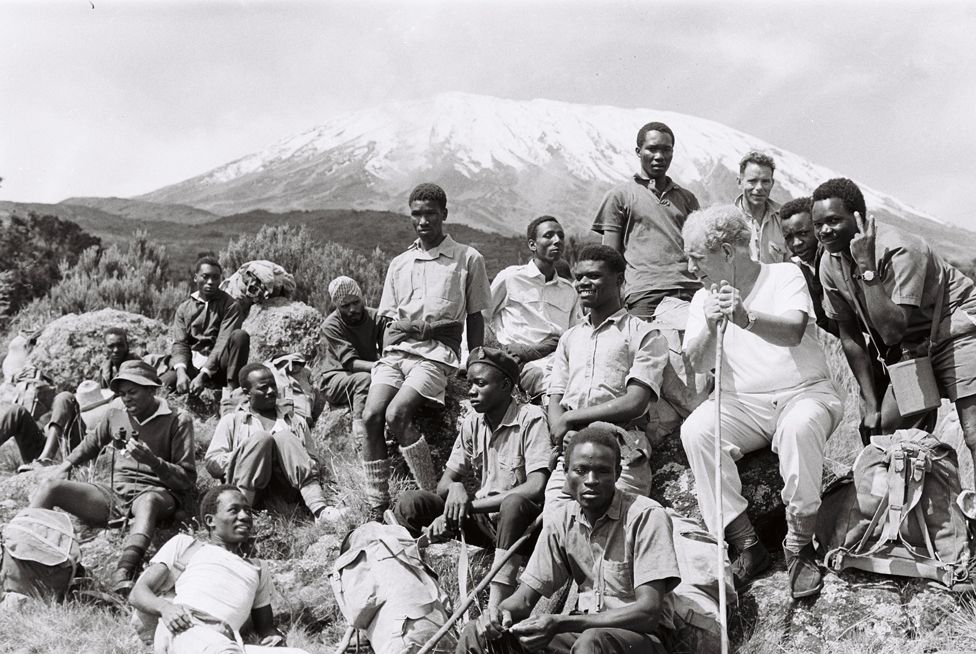 Another legend has it that Kibo and Mawenzi were good neighbors, until Mawenzi played a prank on Kibo. Mawenzi threw away embers he had received as a gift from Kibo, claiming they had burned out. Kibo eventually got angry and beat Mawenzi badly, explaining why the mountain is so badly degraded and the reason behind Mawenzi’s name as ‘the Scarred’.

Other legends tell of ivory-filled elephant graves on the mountain, and of a cow named Rayli that produces miraculous fat from her tail glands. If a man tries to steal such a gland but is too slow, Rayli will blast a powerful snort to blow the thief down into the plain.

Local tribesmen still believe that mountain dwarfs they call Wakonyingo live in caves beneath Kili’s slopes. The Wakonyingo have oversized heads and prey upon those who bring negative spirits to the mountain. The myth could be based on reality as there is evidence that pygmies once roamed the mountain.

The first European to reach the mountain was a missionary, Johannes Rebmann, who arrived in 1848. Though the the first attempt to climb the mountain wasn’t for another 13 years. In 1861, Prussian officer Baron Karl Klaus von der Decken accompanied by English geologist R. Thornton attempted the first expedition to the summit, though due to harsh conditions, they got no farther than 8,200 feet.

There were numerous attempts in the years that followed, but the first success attempt didn’t come until 1887. This is when German geology professor Hans-Meyer was able to reach the lower edge of the ice cap on Kibo. Then he eventually turned back due to being ill-equipped to traverse the ice on the upper slopes. The following year, Meyer made another attempt but the mission went in vain. This is because him and his expedition partner, cartographer Oscar Baumann were became hostage during the Abushiri Revolt.

Finally in October of 1889, Hans Meyer, Ludwig Purtscheller and local, Lauwo reached the summit Mount Kilimanjaro in October 1889. The success of the expedition was due to the establishment of several campsites with food supplies. Therefore multiple strikes on the summit were possible without needing to descend too far. After turning round close to the crater rim, on Purtscheller’s fortieth birthday, they reach the highest summit. This was on the southern rim of the crater. Descending slightly, the team then made several other exploratory campaigns, on the mountain. One to the more technically challenging Mawenzi and one again up Kibo to enter and study the crater. In total, Meyer and Purtscheller spent 16 days above 15,000 feet (4,600 m) during their expedition.

Although these were the first expedition on record to reach the summit, possibly there were locals to summit successfully.

If you are interested in visiting Mountain Kilimanjaro, contact Pamoja Tours and Travel for an incredible and unforgettable experience. We also handle safaris in Uganda, Kenya, Tanzania, Rwanda, the Democratic Republic of Congo and Zanzibar.