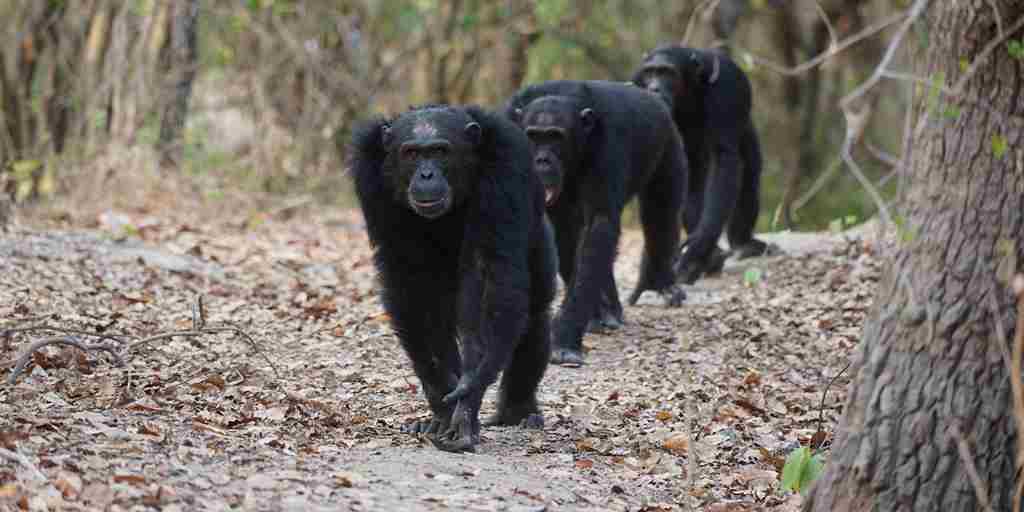 On the shores of Lake Tanganyika, the oldest and deepest lakes in the world lies a pristine and remote park; the Mahale National Park which holds and protect the largest known population of chimpanzees, the jungle and the mountains. Visiting the park is a gratifying experience as you have a chance to carry game drive, chimp-trekking, hiking, snorkeling and bird watching.

Mahale Mountains National Park lies on the eastern shore of Lake Tanganyika in Kigoma Region, Tanzania. Named after the Mahale Mountains range that is within its borders, the park has several unusual characteristics. First, it is one of only two areas for chimpanzees in the country. (The other is nearby Gombe Stream National Park made famous by the researcher Jane Goodall.)

Mahale Mountains National Park harbours the largest known population of eastern chimpanzees and due to its size and remoteness, the chimpanzees flourish. It also is the only place where chimpanzees and lions co-exist. Another unusual feature of the park is that it is one of the very few in Africa that must be experienced by foot. There are no roads or other infrastructure within the park boundaries, and the only way in and out of the park is via boat on the lake.

The Mahale Mountains were traditionally inhabited by the Batongwe and Holoholo people, with populations in 1987 of 22,000 and 12,500 respectively. When the Mahale Mountains Wildlife Research Center was established in 1979 these people were expelled from the mountains to make way for the park, which opened in 1985. The people had been highly attuned to the natural environment, living with virtually no impact on the ecology.

The park experiences two rainy seasons, the short rains (October-November) and heavy rains (March to mid may) with an annual range of 1,500 – 2,500mm. The park is at an altitude between 750 and 2,250 meters.

You can access the park throughout the year by road, water and air.

Road: From Kigoma town you can access the park by road 128km (5hrs drive) south, the road running south-east of Lake Tanganyika shore

Water: Also you can reach by ship (9-10hrs cruise) via Lake Tanganyika to Lagosa point. By using boat with 30 minutes cruise to the park. Also there is a public transport at Rukoma village or Mgambo village where you can hire a local boat. You can also arrange with park for boat pick up, or public transport to Park Headquarter

Mahale Mountains National Park is famous for chimpanzees. However there are other attractions like the Lake Tanganyika which is the second oldest freshwater lake in the world . It is also the second largest by volume and the second deepest in all cases after lake Baikal in Siberia. Other attractions include beautiful varieties of waterfalls like Ntale, Kasiha and also Sansa. There are also wild animals like warthogs, mountains and sand beaches, Chimpanzees, Ujiji Historical site.

Mahale Mountains National Park has activities that give visitors opportunities to enjoy its beauty. The Park will give opportunities to do Chimp trekking, Walking safari, Boat cruising, Sport fishing and Mountain hiking.