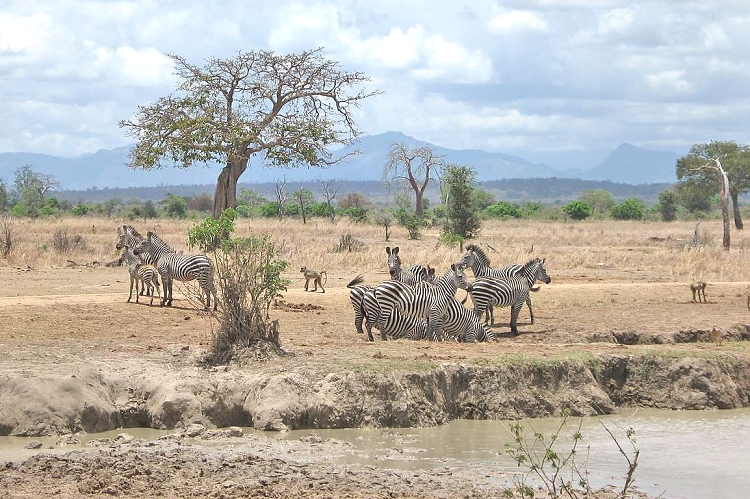 “Wildlife at a Glance”

As accessible as it is, Mikumi is the most appealing Park to a safari. This Park will give a true taste of an African safari while preserving your precious time.

The Park has a variety of wildlife that can be easily seen. Its closeness to Dar salaam makes it an ideal place for weekend visitors who don’t have to spend a long time on an extended safari itinerary.

The park derives its name from a palm tree called Borassus palm which once grew there and covers an area of 3,230km2

The Mikumi National Park near Morogoro, Tanzania, was established in 1964. It covers an area of 3,230 km2 is the fourth largest in the country. The park is crossed by Tanzania’s A-7 highway.

The Park experiences bi-modal rainfall season with short rains starting from October to early November and long rains from March to May and dry season is from late June to September.

You can access the park by road or air

Road. The park is 283km from Dar es salaam and 118 from Morogoro town.

Air. Scheduled flights from all the main centers in Tanzania but often routing via Dar-es-salaam

The Park harbors fascinating attractions most notably the Hippo pools that provide close access to the mud loving beasts and bird watching. Zebra, wildebeest, impala and buffalo are on the grassy plains.

The park has many wildlife like buffalos, Lions, Zebra, Giraffes and also Elephants .Giraffes are often browsing leaves from the isolated acacia trees that fringe the Mkata river. Also the greater Kudu and sable antelope can be found in the miombo woodland-covered foothills of the mountain that rise from the Park boundaries.

The Mkata plain is great place for birding. Mikumi boasts with a respectful 400 species of birds with the most common ones being the black belly bustards. There are also guinea fowls, marabou storks, bateleur eagles, ox peckers, colorful lilac breast rollers and yellow throat long claw.

There are different activities that you can do while in Mikumi National Park and that includes; Day and night game viewing, long and short walking Safaris, camping, Filming, photographing, Bird watching, bush meals and picnicking