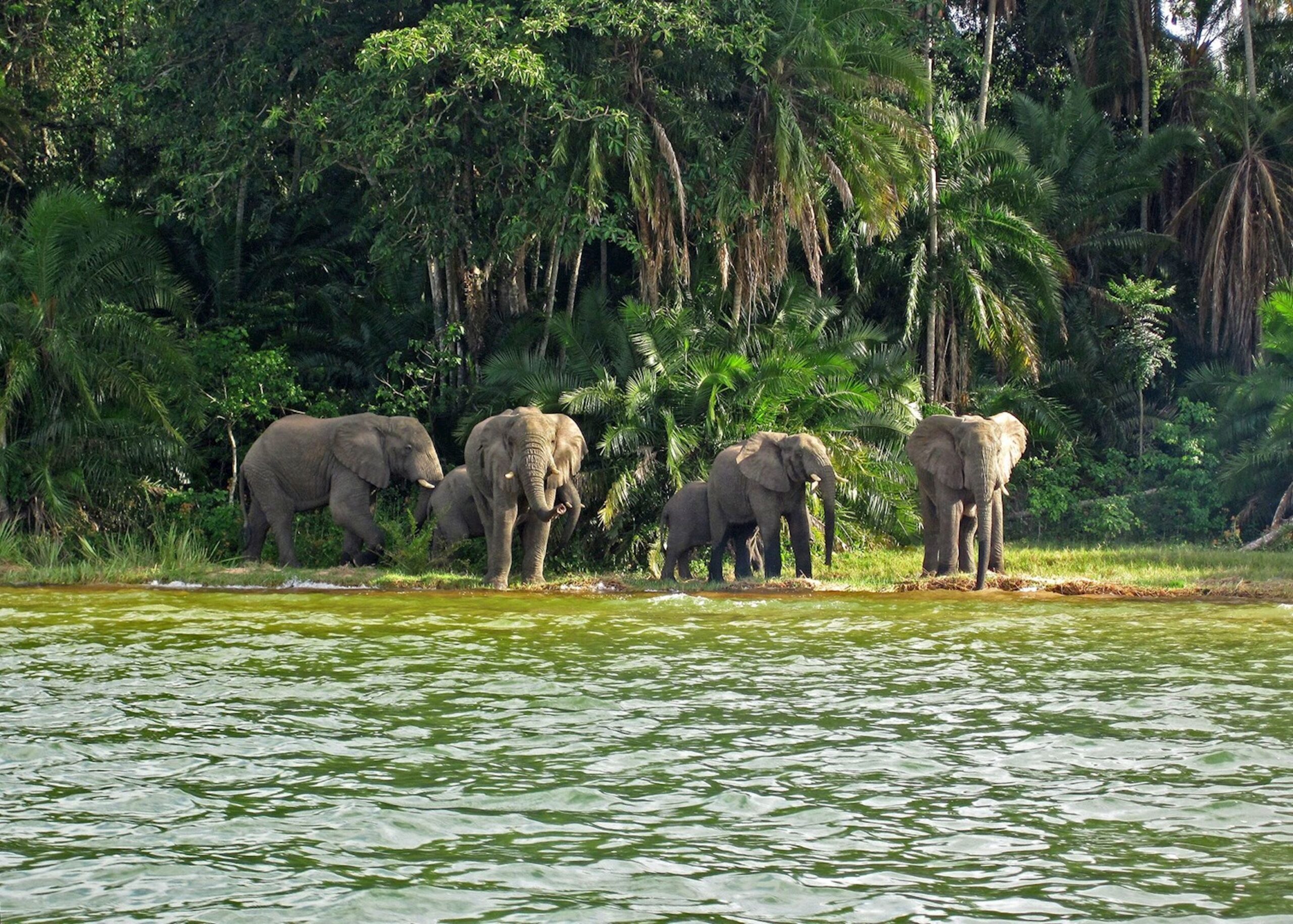 “The green pearl in blue waters”

Rubondo Island national park was gazetted officially as National Park in 1977. It is an important breeding ground for both migratory bird and fish species especially Tilapia and Nile perch as for a long time it stood to be the only area in the waters of Lake Victoria which was well protected and preserved.

About 80% of the park has a dense forest thus providing a variety of habitats for indigenous wildlife such as Sitatunga, hippos, bushbucks, velvet monkeys, genet cats, crocodiles, bush pigs, etc sharing the ecological niches with the introduced species such as chimpanzees, elephants, giraffes, black and white colobus monkeys, suni and African grey parrots

Rubondo Island can be reached by Air Chatters and Public transport & then boats to the park.

By Air: You can reach Rubondo Island both by charter/air. Visitors who prefer to travel by air should in advance check with the tour operators in Bukoba, Mwanza, Arusha and Dar es Salaam for flight schedules.

By public transport and Boat: By public transport leads you from Mwanza to Nkome via Geita town which is approximately 3-4 hours (164km) drive, 100km through a tarmac and 64 rough road. At Nkome, Rangers can pick you up by park boat and will take 1 hour to the park. Another route is Mwanza to Mganza through Bukoba road (270km – 5hrs), Biharamulo to Mganza through Chato – Bukoba road and from Bukoba to Mganza through Bukoba – Chato road. At Muganza you can take a taxi or motorcycle (5min) to Kasenda where Park boats are parking and there they pick you up by park boat and will take about 20-25 min to the park.

Note: Communication and transport arrangements should be done prior to the park visitors.

The park has magnificent attractions that tourists can enjoy these include a diversity of wildlife including elephants, giraffes, bushbucks, and also hippos. There are yellow-spotted otters, crocodiles, chimpanzees, and sitatunga and offer the best fish breeding sites. other attractions are birds diversity with more than 400 species of nesting birds resides the park. The grey parrot, introduced in 2000 when 34 birds were rescued from illegal trade, is a spectacular newcomer. Another noisy specimen is the African fish eagle.

Few Chimps are now for tourism Habituation Experience (CHEX). One can travel by car to Chimps’ areas and join the chimps’ habituation crew and be a part of habituation.

Variety of water birds at Birds’ Island: RINP is one of the sites with the highest density and concentration of Birds in Tanzania. Also, RINP provides the best habitat for birds migrating between the southern and northern hemispheres.

Variety of Reptiles: Reptiles such as snakes (pythons), monitor lizards, and also crocodiles. The reptiles are in the park but some are not there often. Most reptiles maintain their body temperature by absorbing heat from their surroundings. They also have bodies that change accordingly to the local atmosphere which means they cannot control their own body temperature

The famous Maji Matakatifu was historically a ritual area by Native Zinza who live in Rubondo before the area was as a National Park. One example of rituals was to make women and men who did not have children have them.

It is the most exciting recreational activity in which there is a great possibility of getting a big catch. This is to make a wonderful and challenging record of catches among others.

One can view the spectacular beauty of the island, beaches, water birds, and crocodiles, among the deepest point in Lake Victoria “Irumo”.  Hippos, otters, and plant species along the shores as well as enjoy the cool lake breeze.

(Short and long) up to 4 hrs and above depending on the requests. One can enjoy seeing animals such as suni, mongoose, genet cats, monkeys, bush pigs, sitatunga, bushbucks. Also, reptiles, orest birds, viewing the lake & shores, etc

There is a possibility of watching big games such as elephants. There are giraffes, and other mammals, reptiles, amphibious, and a variety of forest birds.

One can join Chimp’s habituation crew to experience how chimps habituate in their natural state. This is without using any artificial means of attracting them to humans (e.g. feeding, playbacks, etc.)

Canoeing is one of the recreational activities on Lake Victoria with aim of diversifying activities in the park. The activity involves paddling a canoe and is also a sport.