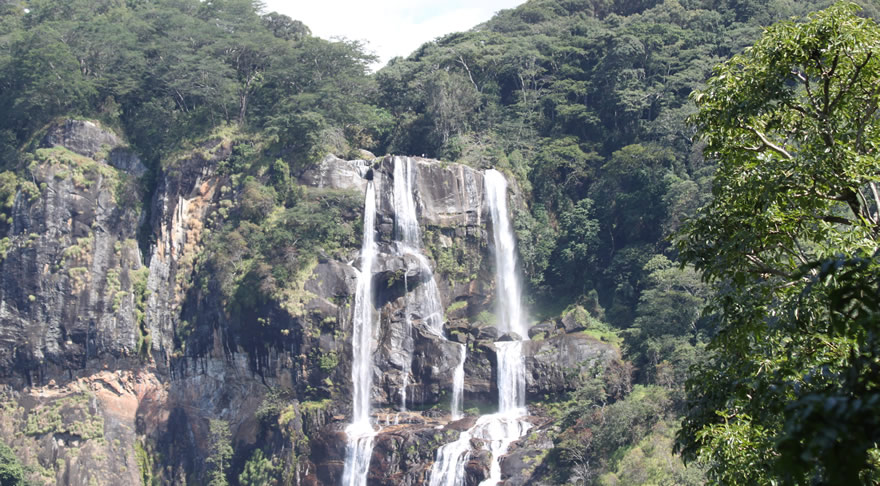 Udzungwa Mountains National Park was established in 1992 and officially opened by the former President and founder of WWF (World Wildlife Fund for Nature) Prince Bernhard of the Netherlands. The word “Udzungwa” comes from the word “Wadsungwa” referring to one of the native sub-tribes of the “Hehe” people who once lived on the slopes of the mountains.

The park covers an area of 1990km2 where geographically, 20% of the total area lies in the Morogoro region while the remaining 80% is in the southern highland region of Iringa.

How to Get There

By road network from Dar es Salaam (380km) as well as Arusha, Kilimanjaro and Mbeya. There are two airstrips Msolwa and Kilombero which tourists can use through air transport before they connect using hired vehicles to the park’s main gate.

NOTE: Transport arrangements must be with the bus companies, tour operators, and air traveling agents for those who use charter/air transport through timetables they provide for dates and times of both departure and arrival for park visits.

Dry season (June – September) and wet season (November – March) when wildflowers are flourishing and also plentiful butterflies. For bird watchers, December – February is their best time as most migratory birds are nesting in the park.

These are places of interest inside the park, where tourists can visit, typically for their inherent or exhibited natural or cultural value, historical significance, and natural or built beauty, offering leisure, adventure, and amusement.

The park has a lot of natural waterfalls as river streams are flowing producing fascinating sounds in the heavy forest.

The Park offers the chance to go summit the highest peaks of Luhomero and Mwanihana. The activity can also be best throughout the year, but the dry season is the most convenient time for most mountain climbers.

The park has various tourism activities that visitors can do during their stay. These activities include; Mountain Climbing to the highest Peaks of Mwanihana (2500m AMSL) and Luhomero (2576m AMSL).  Bird Watching, Swimming, Nature Walks in the Forest, and also Waterfalls. There is also Picnicking, Filming, Cycling (Organized by the Park and carried outside the Park), Camping and Cultural Tourism.