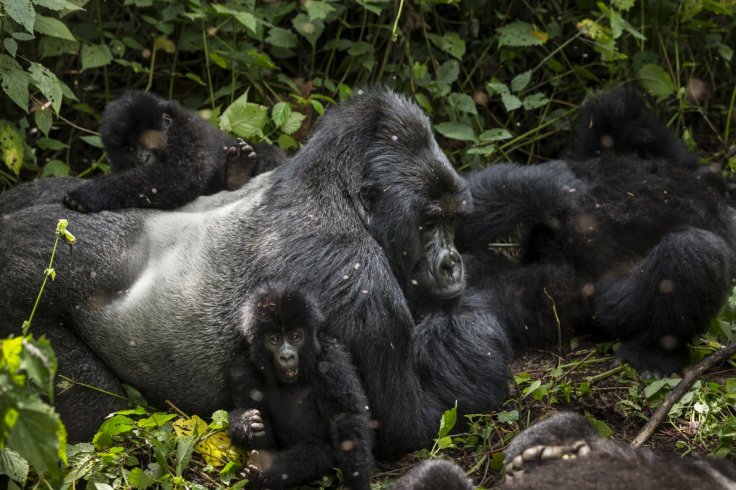 “In the heart of Central Africa, so high up that you shiver more than you sweat,” wrote the eminent primatologist Dian Fossey, “are great, old volcanoes towering almost 15,000 feet, and nearly covered with rich, green rainforest – the Virungas.”

Volcanoes National Park is a national park in northwestern Rwanda. It covers 160 km2 (62 sq mi) of rainforest and encompasses five of the eight volcanoes in the Virunga Mountains, namely Karisimbi, Bisoke, Muhabura, Gahinga and Sabyinyo. The park borders Virunga National Park in the Democratic Republic of Congo and Mgahinga Gorilla National Park in Uganda. Also, it is home to the mountain gorilla and the golden monkeys and was the base for the primatologist Dian Fossey.

Volcanoes National Park is named after the chain of dormant volcanoes making up the Virunga Massif: Karisimbi – the highest at 4,507m, Bisoke with its verdant Crater Lake, Sabinyo, Gahinga, and also Muhabura.

Most visitors arrive in Rwanda via Kigali International Airport (KGL), which is about 10km/6mi from the capital, Kigali. There are no scheduled domestic flights to Volcanoes National Park. Most people opt for a tour around the country with a 4×4 and driver-guide.

Volcanoes National Park is located in the north of the country 130km/81mi from Kigali, 70km/43mi from Gisenyi, and 12km/7mi from Musanze.

All participants in any activity at the park must report to the park headquarters in Kinigi by 7 am. Therefore, it is recommended to stay close to the park, or in nearby Musanze.

What to do and see in Volcanoes National Park

This is a priority for most travelers to Volcanoes national park. The national park is home to 10 habituated gorilla families available for trekking. Also, Volcanoes park covers Rwanda’s share of the great Virunga massif bordering Virunga national park in Congo and Mgahinga gorilla national park in Uganda. Travelers to see mountain gorillas in Rwanda are to buy gorilla permits each costing $1500 for an hour’s interaction. The Rwanda Development Board issues all permits.

It is yet another most done activity in the park which attracts thousands of travelers into this jungle. Golden monkeys are exceptional creatures that every traveler should not miss out on his/her Rwanda safari. It’s only in Volcanoes Rwanda and Mgahinga gorilla national parks that travelers can see golden monkeys in their natural habitats. Fortunately, golden monkey trekking costs $100 which is relatively cheap compared to gorilla trekking.

Besides wildlife, the park is home to three extinct volcanoes. Travelers to this park, therefore, have the added advantage of hiking to the top of any Volcano. This rewards them with spectacular views of Rwanda’s rolling hills, Kigali city, Virunga volcanoes, and local communities. Mt Karisimbi is the most hiked Volcano and the experience is worth the hike.

Do not miss out on visiting the Musanze caves on your Rwanda safari. Experienced guides lead you into these caves while telling you the mysteries of the caves, history, and also all other facts about Rwanda.

Other activities to do include cultural tours, especially to the Iby’Iwacu cultural village, bird watching, and visiting the twin lakes of Bulera and Buhondo among others.