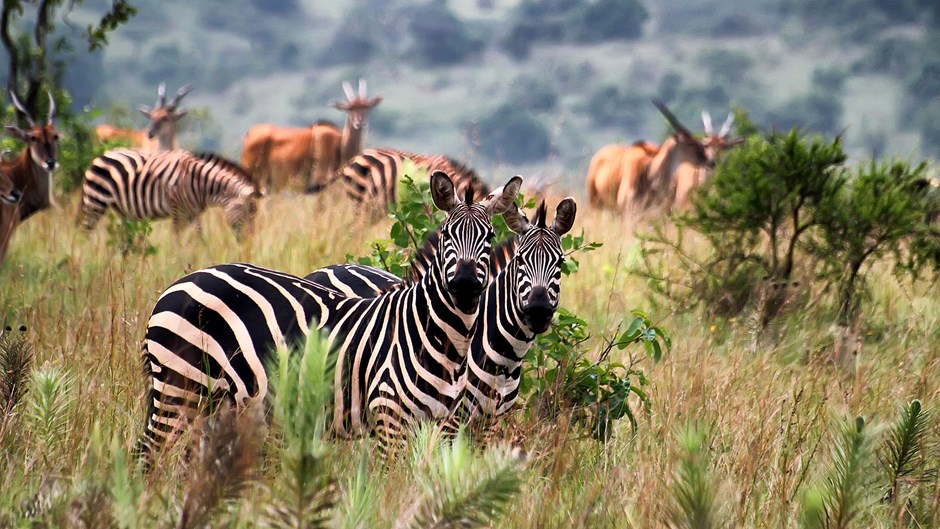 To begin with, Akagera National Park is a protected area in eastern Rwanda covering 1,122 km2 (433 sq mi) along the international border with Tanzania. Additionally, it was founded in 1934 and includes Savannah, montane and swamp habitats. Also, the park takes its name from the Kagera River which flows along its eastern boundary feeding into Lake Ihema and several smaller lakes. Furthermore, the complex system of lakes and linking papyrus swamps makes up over a third of the park, which is the largest wetland (under conservation) in Eastern-Central Africa.

Akagera used to have a large population of African wild dogs. At one point, it was known as the ‘Parc aux Lycaons’ and wild dogs were so abundant, that the Belgian government considered them a pest. However, a disease epidemic diminished the population and the last wild dogs were seen in 1984

The relatively warm and low-lying plains of Akagera comprise Savannah, woodland, wetland and a dozen lakes. In partnership with African Parks, we aim to transform the National Park into a world-class location to experience a safari.

Also, the largely open expanse is ideal for game viewing, and we are taking steps to ensure the Big Five roam the park in greater numbers over the course of time.

Since 2010 we have cut poaching to an all-time low, with the introduction of a helicopter, a canine unit and rhino trackers.

Additionally, a family of lions from South Africa is settling in well, and breeding successfully, and 18 eastern black rhinos are also available.

There are various activities, for instance;

Akagera NP is located in the east of the country, 120km/75mi from Kigali. The drive takes about 2½ hours.

Akagera is famous for visits as part of a 4×4 tour of the country, including a driver-guide.

There are no domestic flights to Akagera, but Akagera Aviation offers charter helicopter transfers to anywhere in the country. The flight from Kigali to Akagera NP takes 22 minutes.