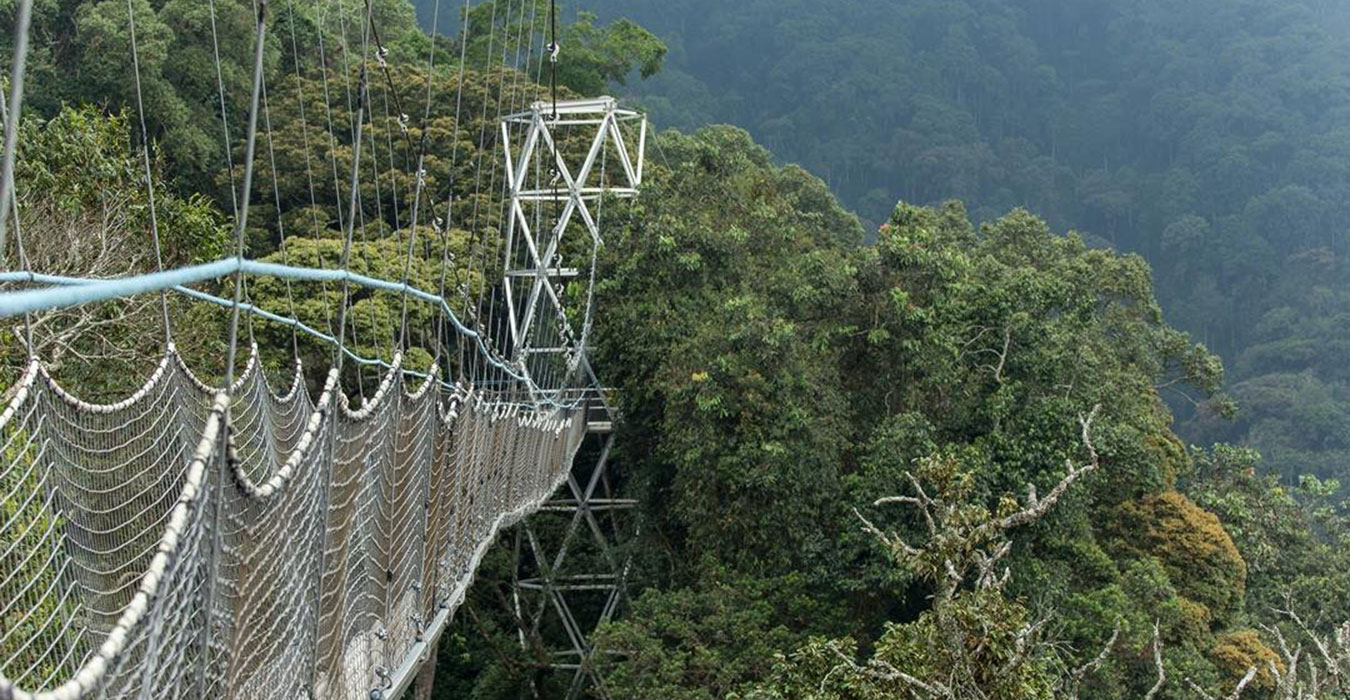 The Nyungwe Forest is located in southwestern Rwanda, on the border with Burundi, where it is contiguous with the Kibira National Park to the south, and Lake Kivu and the Democratic Republic of the Congo to the west. Additionally, the Nyungwe rainforest is probably the best preserved montane rainforest in Central Africa. Also, it is located in the watershed between the basin of the river Congo to the west and the basin of the river Nile to the east. From the east side of the Nyungwe forest comes also one of the branches of the Nile sources.

To begin with, Nyungwe Forest National Park was established in 2004 and covers an area of approximately 970 km2 of rainforest, bamboo, grassland, swamps, and bogs. The nearest town is Cyangungu, 54 km to the west. Furthermore, Mount Bigugu is located within the park borders.

In October 2020, the Rwanda Development Board signed an agreement with African Parks to assume management of Nyungwe National Park for an initial 20 years. Additionally, one of the oldest rainforests in Africa, Nyungwe is rich in biodiversity and spectacularly beautiful. Also, the mountainous region is teaming with wildlife, including a small population of chimpanzees as well as 12 other species of primate, including the L’Hoest’s monkey endemic to the Albertine Rift.

How to get to there

Usually, tourists visit Nyungwe Forest as part of a 4×4 tour around the country with a driver-guide.