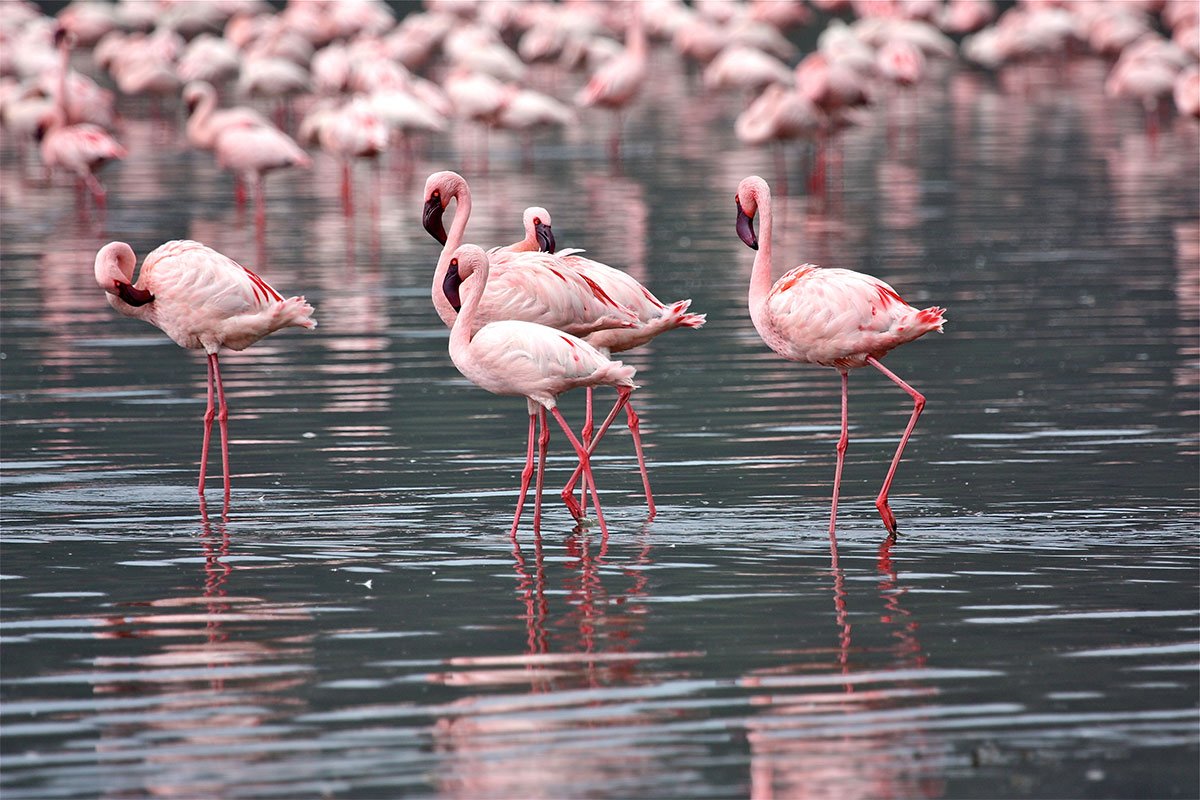 The lake’s abundance of algae used to attract a vast quantity of flamingos that famously lined the shore. Other birds also flourish in the area, as do warthogs, baboons, and other large mammals. Eastern black rhinos and southern white rhinos are also there.

The lake’s level dropped dramatically in the early 1990s but has since largely recovered. In 2013, the lake received an alarming increase in the water levels that led to the migration of flamingos to Lake Bogoria in search for food supply.

Nakuru means “Dust or Dusty Place” in the Maasai language. Lake Nakuru National Park, close to Nakuru town, was established in 1961. It started off small, only encompassing the famous lake and the surrounding mountainous vicinity, but has since been extended to include a large part of the savannahs.

Lake Nakuru is under the Ramsar Convention on wetlands

Roads:The park has a tarmac road connection with Nairobi, a distance of 156 km north west of Nairobi on the main A104 road. The most commonly used route into the park is via the main gate, 4 km from Nakuru Town Centre. It is also possible to enter the park from the main Nairobi Nakuru road at Lanet Gate. The Nderit Gate is used by people accessing the park from Masai Mara or Elementaita.

Park Roads:The park has an adequate and well serviced motorable roads that make most parts of the park accessible.

Flamingo (Greater and Lesser) and other water birds including a variety of terrestrial birds numbering about 450 species in total.

View-points: Lion hill, Baboon cliff and Out of Africa