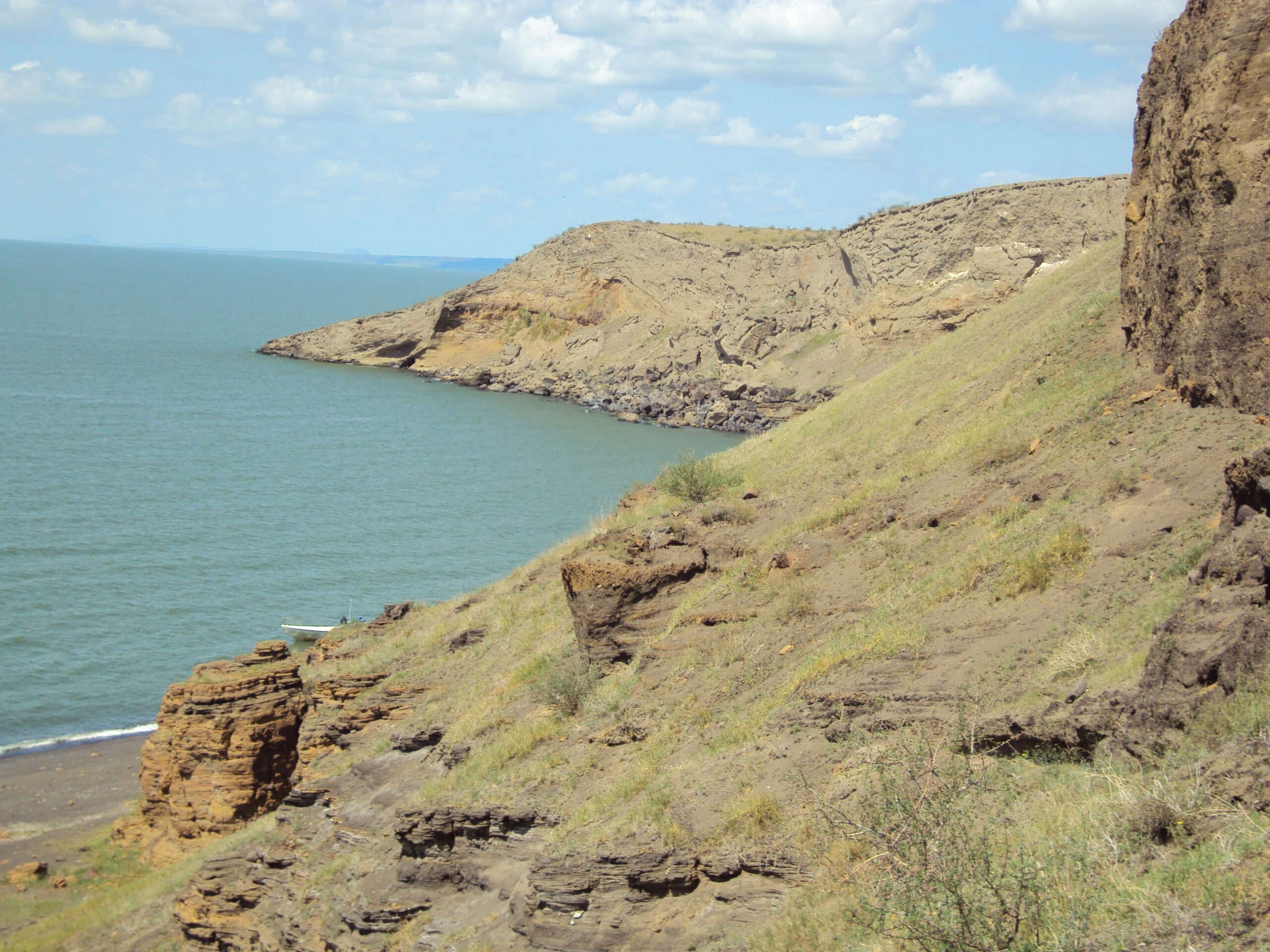 “The Gem of Lake Turkana”

Central Island National Park Emerges starkly from the blue-green waters of the largest permanent desert lake in the world, Lake Turkana, the Central Island is made up of three active volcanoes that belch sulphurous smoke and steam. Three crater lakes, Crocodile Lake, Flamingo Lake and Tilapia Lake, provide breeding grounds for the world’s largest concentration of Nile crocodiles. Central Island has a campsite where visitors can enjoy the beautifully haunting sight of the lake’s luminous waters wash up onto a black lava beach while the moon rises over the menacingly smoking craters.

Central Island, also known as Crocodile Island, is a volcanic island located in the middle of Lake Turkana in Kenya. It is also the location of Central Island National Park, which is governed by the Kenya Wildlife Service.

It is composed of more than a dozen craters and cones, three of which are filled by small lakes. The two largest lakes partially fill craters up to a kilometre wide and about 80 m deep, the floors of which are near sea level. The highest point on the dominantly basaltic island reaches 550 m, about 190 m above the lake surface. An E-W-trending chain of small explosion craters cuts the eastern side of the 3-km-wide island. Several small islands to the SE represent partially submerged crater rims, and other cones and lava plugs lie beneath the lake surface near the island.

By Air: Access to Lake Turkana is usually by air and there are two all-weather airstrips. Also in Loiyangalani

By road: The Lake is a three day drive from Nairobi via Marsabit and North Horr, or Maralal and South Horr. Alternatively travel by road from Nairobi to Kalokol on the lake’s western shores, via Kitale and Lodwar. From Kalokol boat hire services are available to Central Island.

Survivors of an epoch long before mankind, Lake Turkana’s estimated 12,000 crocodiles have not changed in 130 million years. Despite their monstrous size and formidable appearance they are generally inoffensive creatures living in perfect harmony with their environment and feeding on the lake’s prolific fish.

Crocodiles breed on the shores of the island’s crater lakes between April and May. The baby crocodiles squeak in their eggs, which are deep beneath the sand to escape the predatory attentions of monitor lizards and raptors. Their cries bring their parents scurrying to dig them out and carry them down to the water’s edge, where they spend their first months.

Turkana is home to some of the world’s most venomous reptiles, including saw-scaled viper, night and puff adder and cobra. There are also many species of fish including huge Nile perch and large tilapia. Puffer fish, a group normally found in seawater, indicate Turkana’s prehistoric connection to the Red Sea.

The islands are home to a profusion of birdlife (over 84 water bird species).These include 34 species of European migrants most spectacularly viewed as they return home. This is between March and May. At least 23 species breed here, including Goliath heron. Also there is African skimmer, while African open-billed stork, Duck and Gulls feed on the shores. The volcanic island lakes attract lesser flamingos. Birds of prey are also abundant, especially swallow-tailed kites.