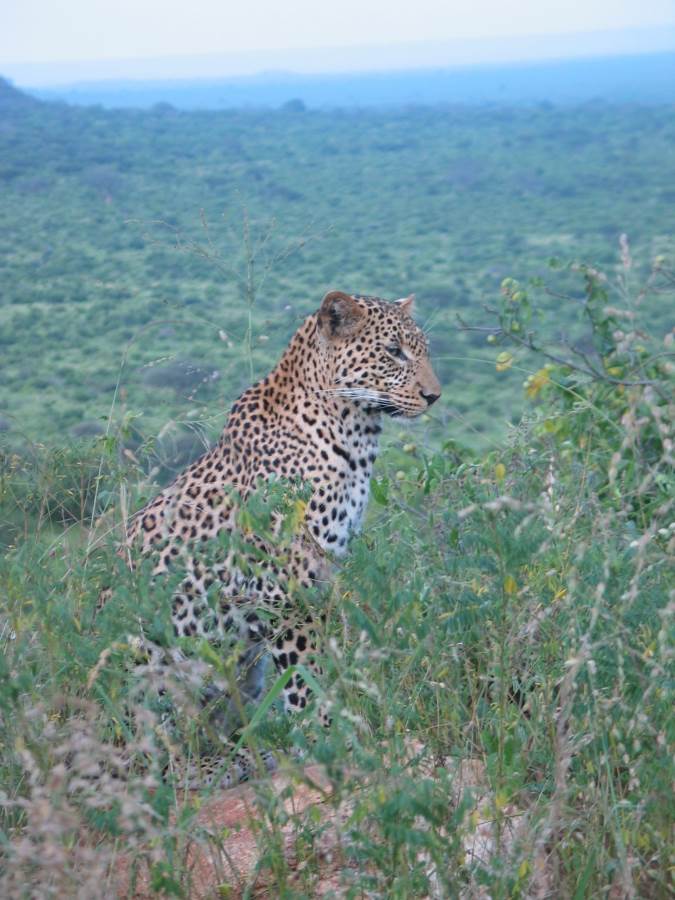 Tsavo East National Park is one of the oldest and largest parks in Kenya at 13,747 square kilometers. Situated in a semi-arid area previously known as the Taru Desert it opened in April 1948. It is located near the town of Voi in the Taita-Taveta County of the former Coast Province. The park is also divided into east and west sections by the A109 road and a railway. Named for the Tsavo River, which flows west to east through the national park. It also borders the Chyulu Hills National Park and the Mkomazi Game Reserve in Tanzania.

The sight of dust-red elephants wallowing, rolling, and spraying each other with the midnight blue waters of the palm-shaded Galana River is one of the most evocative images in Africa. This, along with the 300-kilometer-long Yatta Plateau, the longest lava flow in the world, make for an adventure unlike any other in the Tsavo East. The park forms the largest protected area in Kenya and is home to most of the larger mammals, vast herds of dust –red elephant, Rhino, buffalo, lion, leopard, pods of hippo, crocodile, waterbucks, lesser Kudu, gerenuk, and the prolific bird life features 500 recorded species.