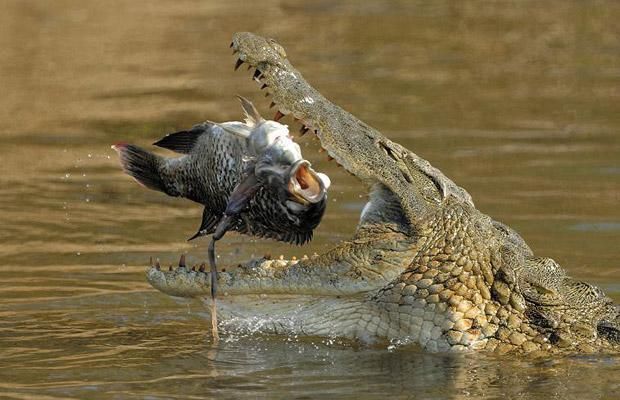 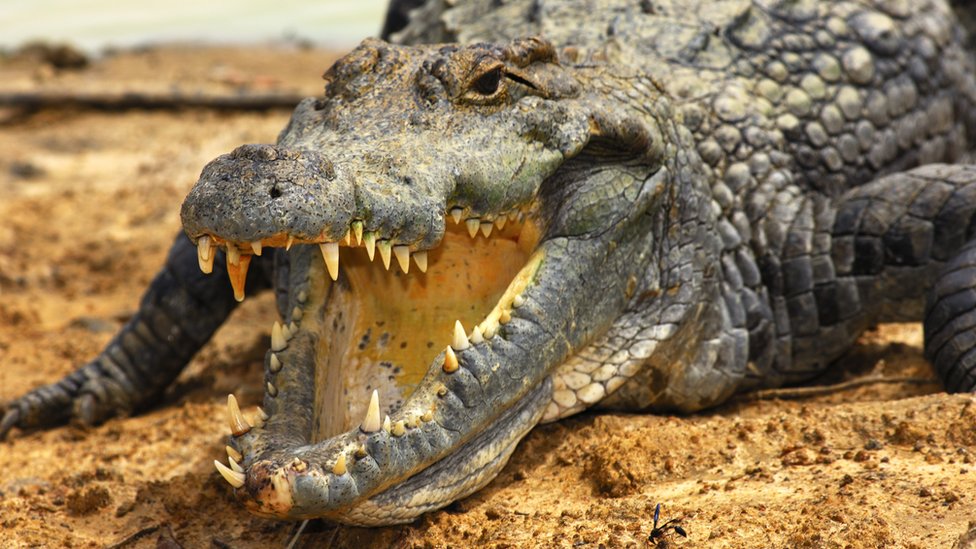 The Nile Crocodile “Crocodylus niloticus” is a large crocodilian inhabitant to the fresh-waters of Africa. The Nile crocodiles are present in 26 African countries and they are widely distributed throughout sub-Saharan Africa. They are also in the Nile Basin, freshwater marshes, as well as mangrove swamps. They occur mostly in the central, eastern, and southern regions of the continent. The Nile crocodile lives in different types of aquatic environments such as lakes, rivers, swamps, and marshlands.

Where do we find crocodiles?

Crocodiles are mostly nocturnal animals and predators that spend most of their time in the water although they are also known to make several journeys on land. In the first weeks of life of the young crocodiles, they feed on insects, crustaceans, snails, small fishes, frogs, and tadpoles.

Nile crocodiles are solitary animals although they occasionally feed in small groups, consisting of several individuals. They usually use a special technique of enclosing a water body or area in order to feed on the fish within it.

Nile crocodiles are opportunistic apex predators and very aggressive, capable of taking almost any animal within their range. 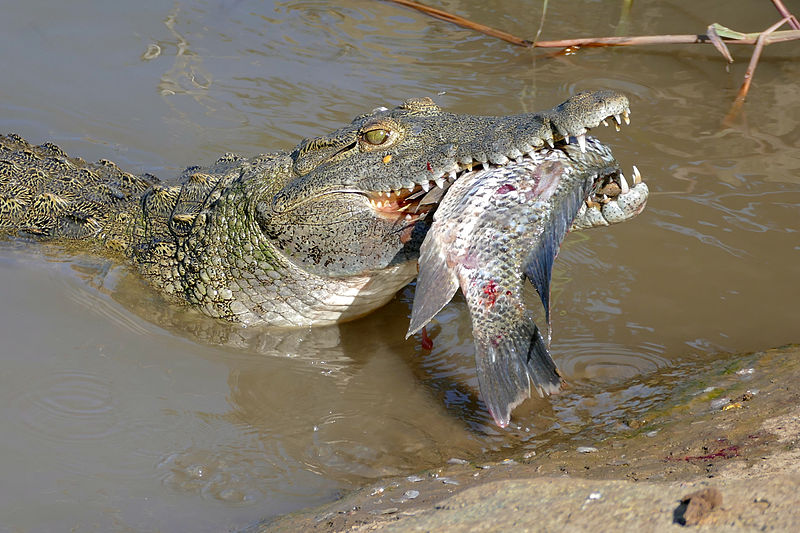 The diet of the Nile crocodile is mainly fish, but it will attack almost anything unfortunate enough to cross its path, including zebras, small hippos, porcupines, birds, and other crocodiles. They feed partly or wholly on the bodies of dead or decaying animal flesh “scavenge carrion”, and can eat up to half its body weight at a feeding. The diet of an adult crocodile is up to 70% fish and other prey items may include zebras, young hippos, porcupines, pangolins, and also the migrating wildebeests.

One unusual characteristic of this fearsome predator is its caring nature as a parent to its young ones. Where most reptiles lay their eggs and move on, the Nile crocodiles guard their nests until the eggs hatch, and they will often roll the eggs gently in their mouths to help hatching babies emerge.

The average sizes are more in the range of 16 feet and 500 pounds.

The largest Nile crocodile ever officially recorded was a massive 21 feet and 2 inches long. The male crocodile was killed by the Duke of Mecklenburg in Tanzania in 1905 and weighed between 2,300 and 2,400 pounds.

Africa’s largest crocodilian can reach a maximum size of about 20 feet and can weigh up to 1,650 pounds.

How big is a crocodile?

What eats a Nile crocodile?

Humans are the only threat to an adult Nile crocodile, mainly to kill them or hunt them for food. However, baby Nile crocodiles fall victim to many predators including Nile monitor lizards, African fish eagles, snakes, and honey badgers.

Unlike other “man-eating” crocodile species like the saltwater crocodile, the Nile crocodiles live in close proximity to human populations through most of its range, so contact is more frequent.

They were hunted close to extinction in the 1940s through the 1960s. However, local and international protection organs helped them multiply in most areas. In some regions though, the pollution and habitat loss have severely depleted their numbers 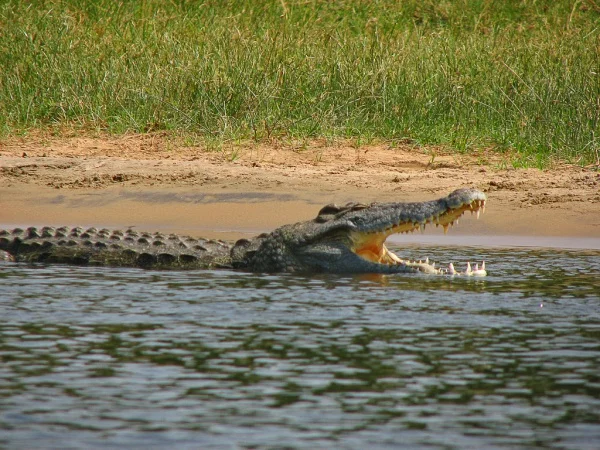 Can crocodiles live with humans?

Although the people are not entirely at fault, often times they are protecting themselves from these predators. Crocodile attacks on humans are common in places where large crocodilians are native and human populations live. There’s an estimate of over 1,000 people that die of crocodile attacks each year. Most of the victims are villager washing clothes by the riverbanks that act as pray to the Nile crocodiles.

The females nest in November and December on sandy shorelines, dry stream beds, or riverbanks. A female can lay 25-100 eggs, which she covers with sand, then guards until they hatch.

An estimated 10% of eggs will survive to hatch and a mere 1% of young that hatch will successfully reach adulthood.

What’s the ecological importance of crocodiles to the environment?

Nile crocodiles are ecologically important as predators as they help the environment by balancing the population of the barbel catfish, which are predators themselves. Barbels eat other fishes which are the diet of more than 40 species of birds. If birds leave an area because there are no edible fish, the amount of bird drops, which provides nutrients for the fish and declines leading to disruption of the food chain. Unfortunately, the Nile crocodiles’ population suffers from pollution, hunting, and entanglement in gill nets.

The Nile crocodile is a massive reptile and probably the most feared predator in Africa. It is one of the very few wild animals that regularly appears on the human beings’ menu in selected high-end hotels.

5 amazing facts about the Nile Crocodile 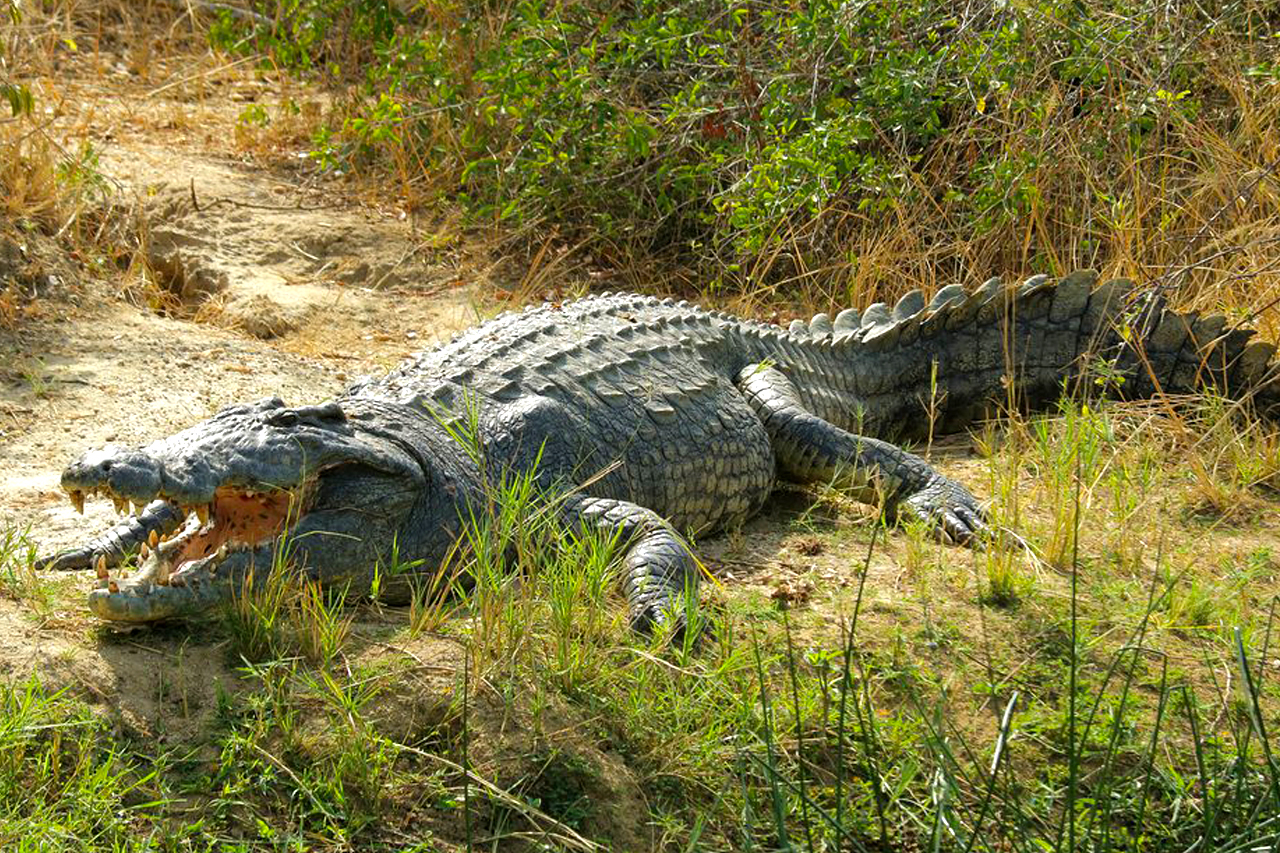 Can crocodiles live with humans?

In rare cases, individual crocodilians have been known to bond so strongly with people that they become playmates for years. For example, a man who rescued a crocodile that had been shot in the head became close friends with the animal. Only swim in designated safe swimming areas and obey all crocodile warning signs if you plan on swimming in a lake.

Pamoja tours and travel is one of the best tours and travel companies operating within 5 east Africans. When you’re planning a trip, consider going through a tour company or a tour operator